We are delighted to announce The UK Corporate Games 2023 will be in Coventry & Warwickshire with the University of Warwick the hub venue for the UK Corporate Games Coventry 2023. The campus is home to outstanding multi-sports facilities and it’s range of accommodation options. The celebrations are set to be even bigger with the marking of our 30th Anniversary!

The UK Corporate Games is the most comprehensive multi-sport employee wellbeing event. A platform for companies from all business sectors to integrate and engage employees, address CSR strategies and raise brand awareness. Annually, thousands of participants representing hundreds of organisations come together for an unrivalled weekend of sportsmanship and celebrations.

The University of Warwick Sports Hub

The new Warwick Sports & Wellness Hub is one of the best sports facilities at a UK University. The Hub offers a diverse range of state-of-the-art leisure and recreational facilities, designed to inspire and motivate students, staff and the wider community to engage in an active and healthy lifestyle. The university is home to two multi-purpose sports halls, 5 squash courts, artificial pitches, netball courts, 60 acres of outdoor playing fields, tennis centre, running track and an impressive indoor climbing wall.

In 2019, it was Named ‘Best Managed Artificial Sports Surface Of The Year‘ at the Institute of Groundsmanship (IOG) awards.

THE BENEFITS FOR YOUR ORGANISATION

We are honored to announce Sally Gunnell OBE DL as our Sports Ambassador for the 2022 UK Corporate Games.

Sally’s mission to promote health and wellbeing for everybody in the UK, particularly in the workplace wholly supports the values of the Corporate Games.

It gives me great pleasure to be the Sports Ambassador for the 2022 UK Corporate Games and to be associated with this ultimate sporting event, which brings people together irrespective of their sporting ability or age for an unrivalled weekend of camaraderie.

Since the inaugural Games in San Francisco in 1989 over 1 million participants have represented more than 10,000 organisations in Corporate Games across the globe.

The first UK Corporate Games was held in Milton Keynes in 1993 and have been held every year since in cities including, London, Manchester, Sheffield, Leeds, Nottingham, Liverpool, Swindon, Aberdeen, Belfast & Brighton.

The Corporate Games have been honoured by a succession of outstanding leaders in government, business, and sport who have accepted the role of Patron including Nelson Mandela, Sir Alex Ferguson, Michael Vaughan, Sir Bobby Robson & Freddie Flintoff. We are delighted to add Gary Neville to this impressive list as Patron of the 2021 UK Corporate Games.

After 20 consecutive years taking part in the Games, it was great to finally get back to the UK Corporate Games after Covid. It’s such an amazing event that any business from small to large should be part of. It brings people together and is always a fun weekend for all involved!

The UK Corporate Games Stoke-on-Trent 2018 were the first participation of Safran Landing Systems. The fifty-seven employees who took part in the event unanimously recognised this was a tremendous experience to be in and were impressed with the overall organisation. Throughout the competition the Safran athletes reflected the character of the Group and thrived in this competitive event, also enjoying developing cross-functional team bonding. See you next year!

Having taken part in last year’s Corporate Games this year had a lot to live up to - however just as rewarding as before and very well organised. The main advantage of participating for me is having the pleasure of meeting colleagues from across the Group and this year I have now met new friends from PFP Leisure and RMG that will enhance our working relationships. This is truly a great event / great fun - Thank you.

Browne Jacobson entered the Games for the first time in 2017 with a team of over 70. We all had a really enjoyable weekend and the spirit we built in the training running up to the Games has been excellent. The inclusive way it has been handled has encouraged some to become more involved in wider activities at Browne Jacobson. Our involvement of the Games drove an improvement in health and wellbeing, with over 75% also engaging in training before the Games and 64% of people feeding back that they had improved their overall fitness. Beyond even this, 96% of people stated that they had met at least one person that they wouldn’t normally have the opportunity to speak to and also improved their knowledge of the business. The Games gave everyone the opportunity to be an ambassador for our firm and across our participants we generated over 750,000 impressions on twitter, reaching 25,000 accounts using #TeamBrowne-Jacobson. We feel we are now building a legacy around health, wellbeing and collaboration from this starting point with 100% of our participants recommending it to others, 100% wanting to take part next year and an overwhelming 91% of our competitors wanting to maintain their training groups moving forward. It is safe to say that the Games has exceeded our expectations.​

I cannot describe how impressed we all were with the games this weekend. My whole organisation is buzzing, and I’m seeing competitors and medallists alike acknowledging each other and ‘high fiving’ on corridors where previously they would have passed in silence... I’m not overstating the positive effect this event has had. Sports sections have been reinvigorated, friendships and bonds have been rediscovered, and I’ve even seen pictures of medallists up in the office to welcome them back. This is down to you and your team’s hard work, patience and dedication and as Notts Police captain I’d like to add my thanks on behalf of my colleagues. 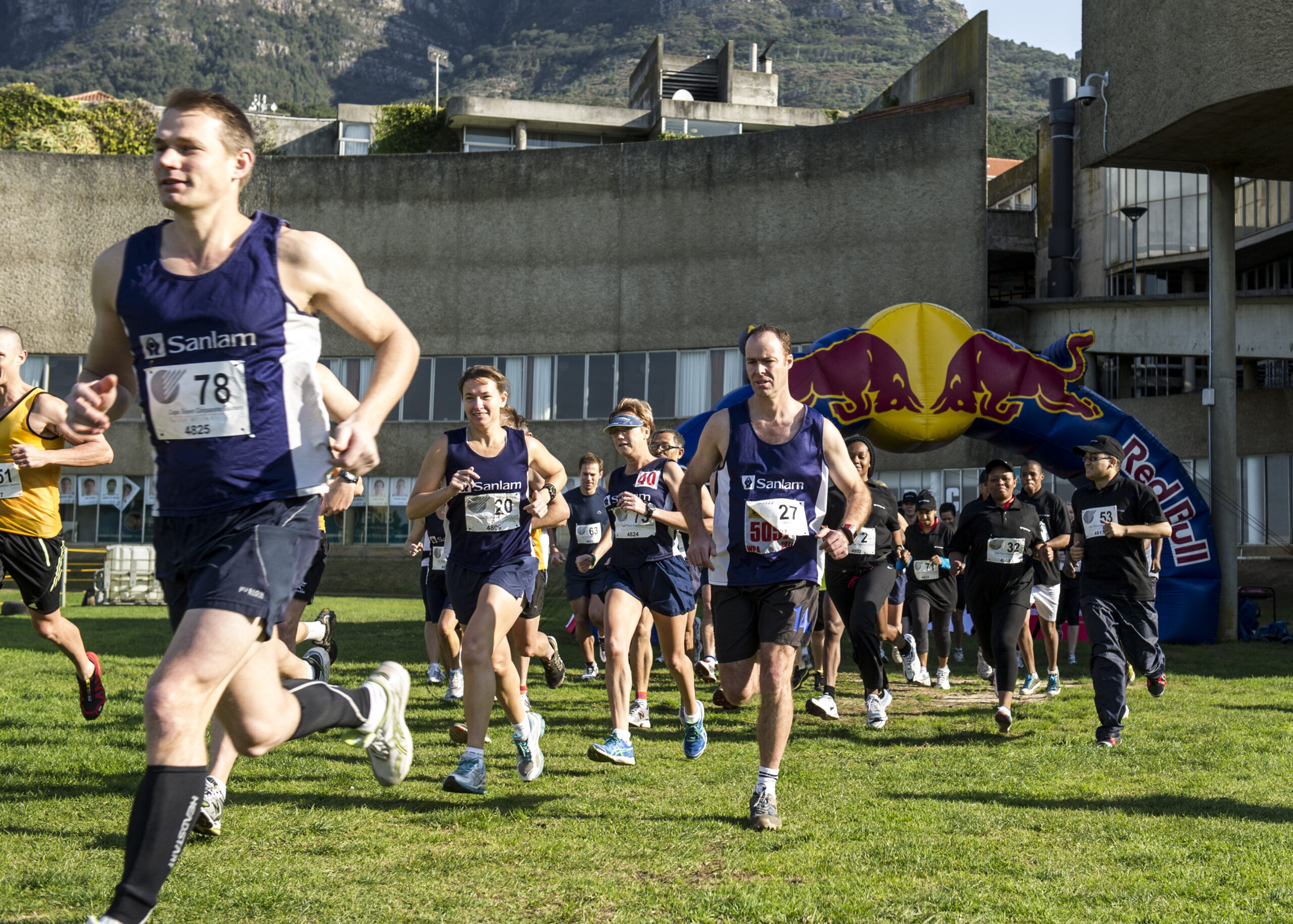 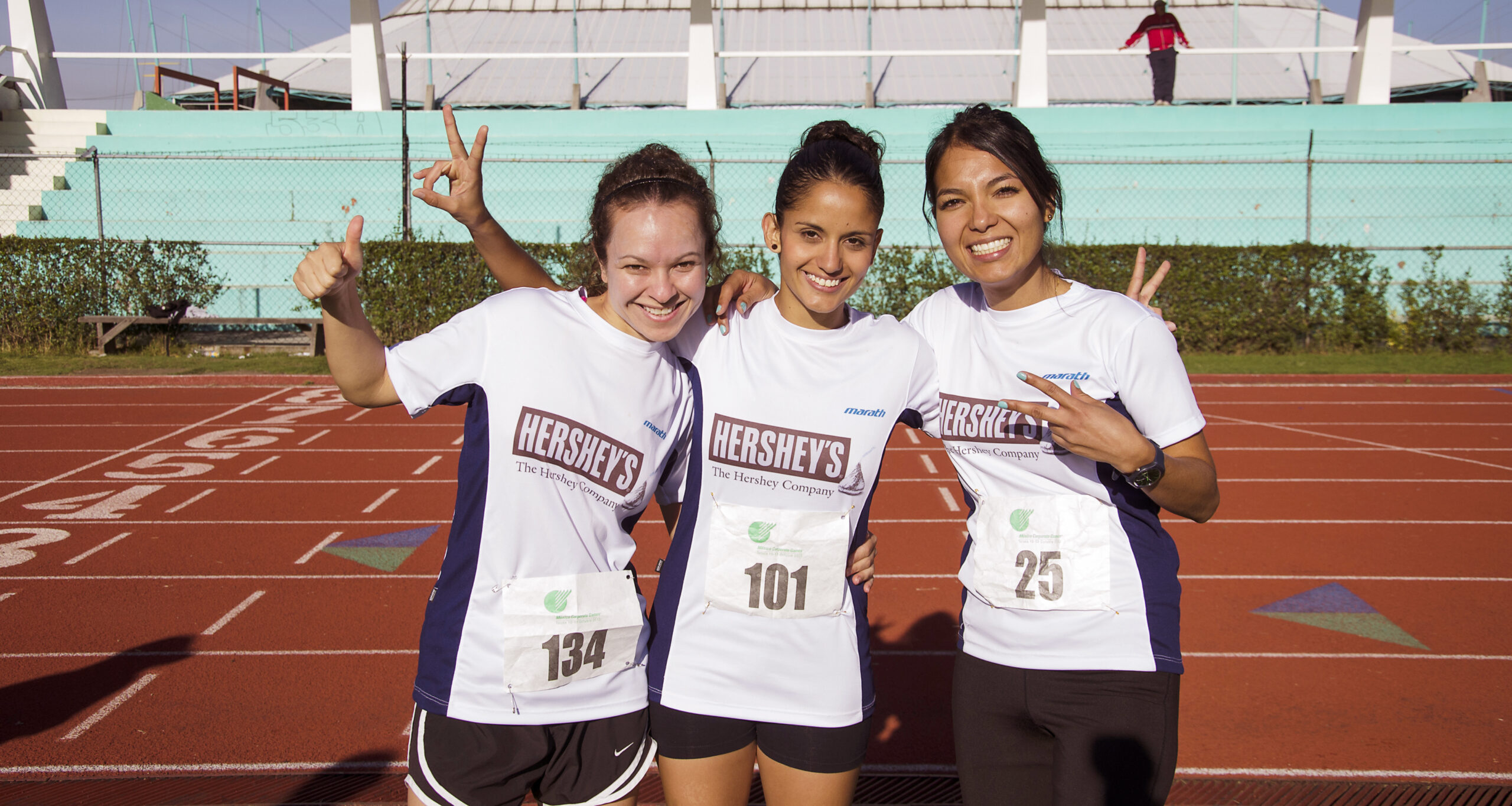 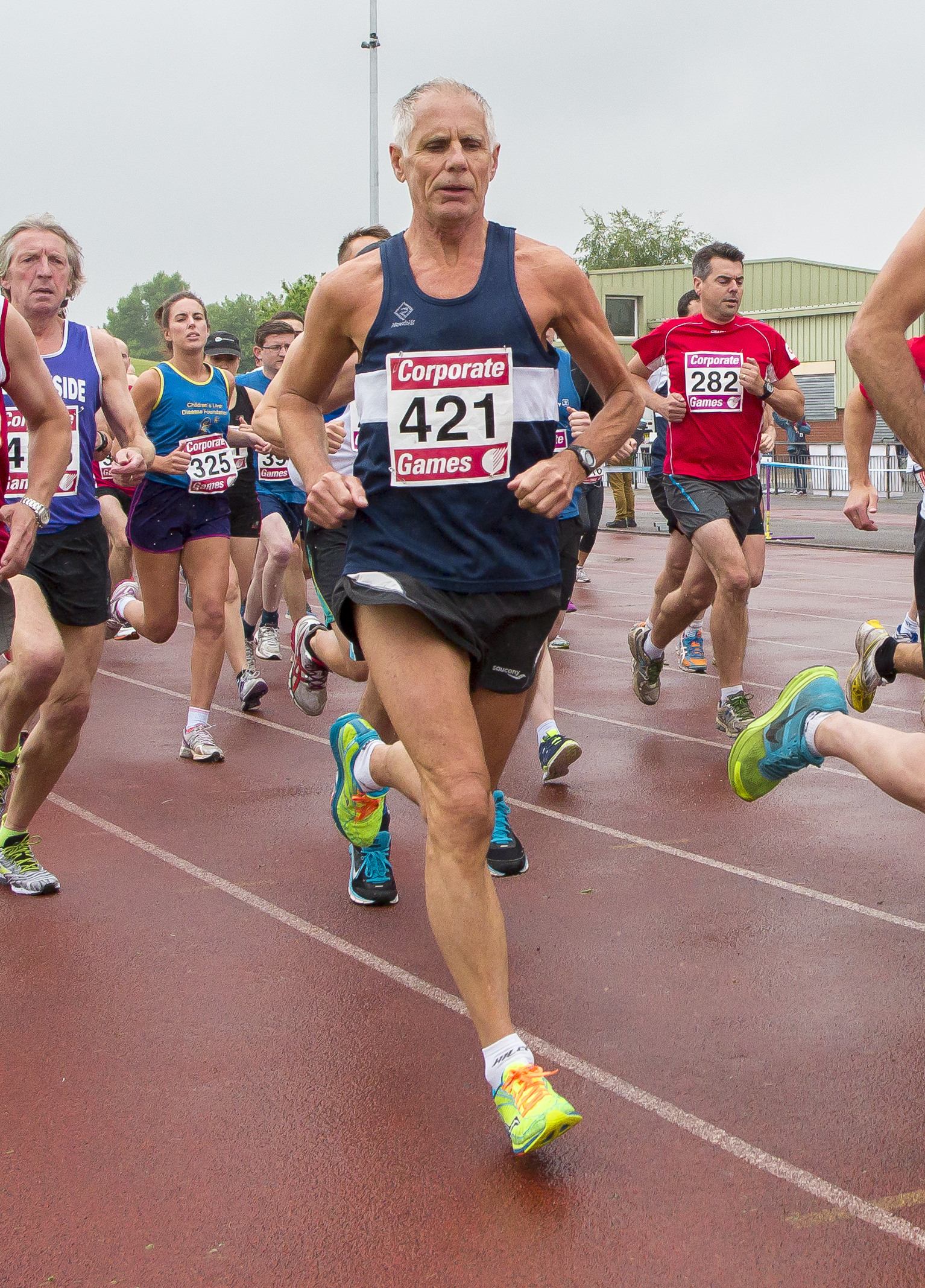 close up of runners 3 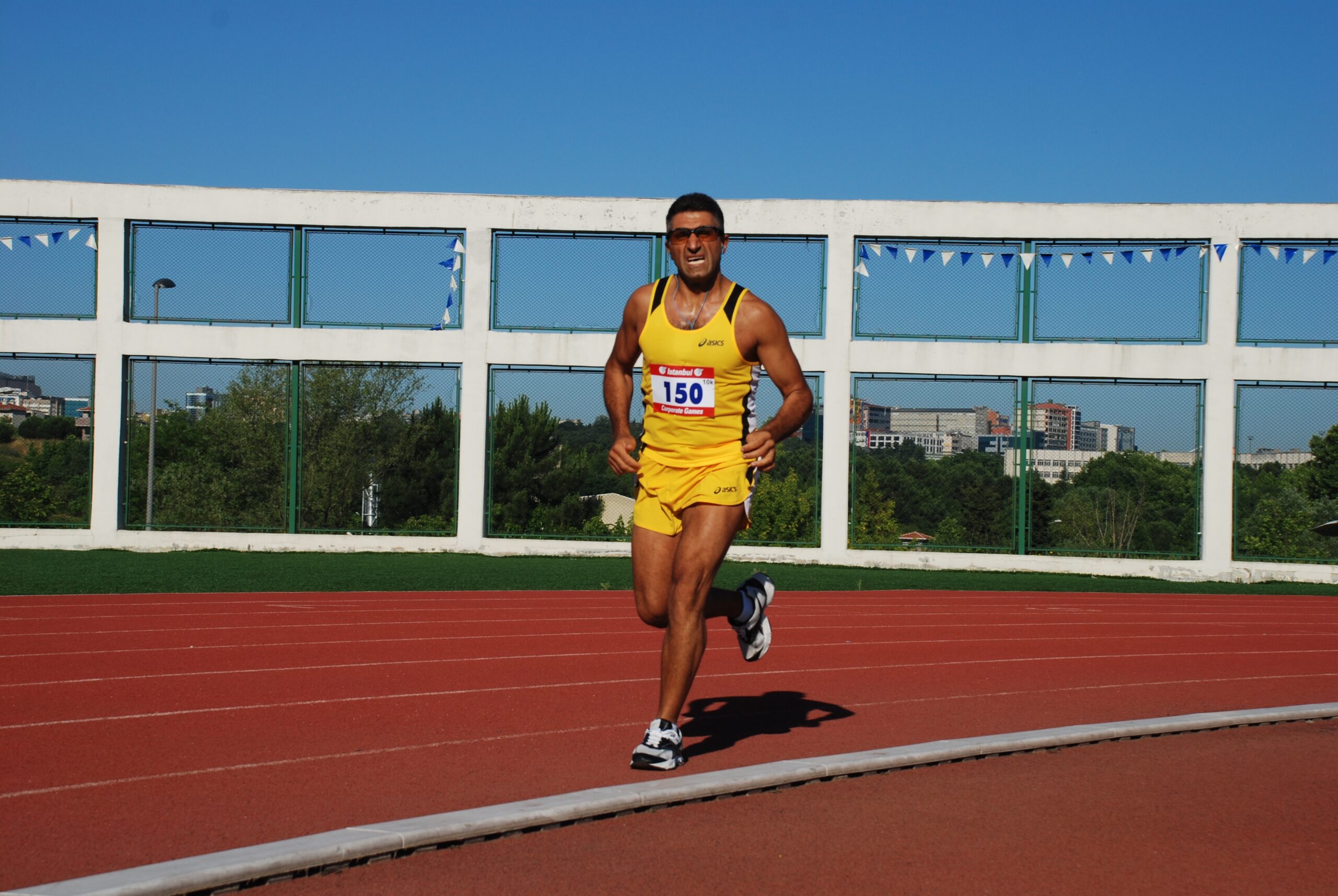 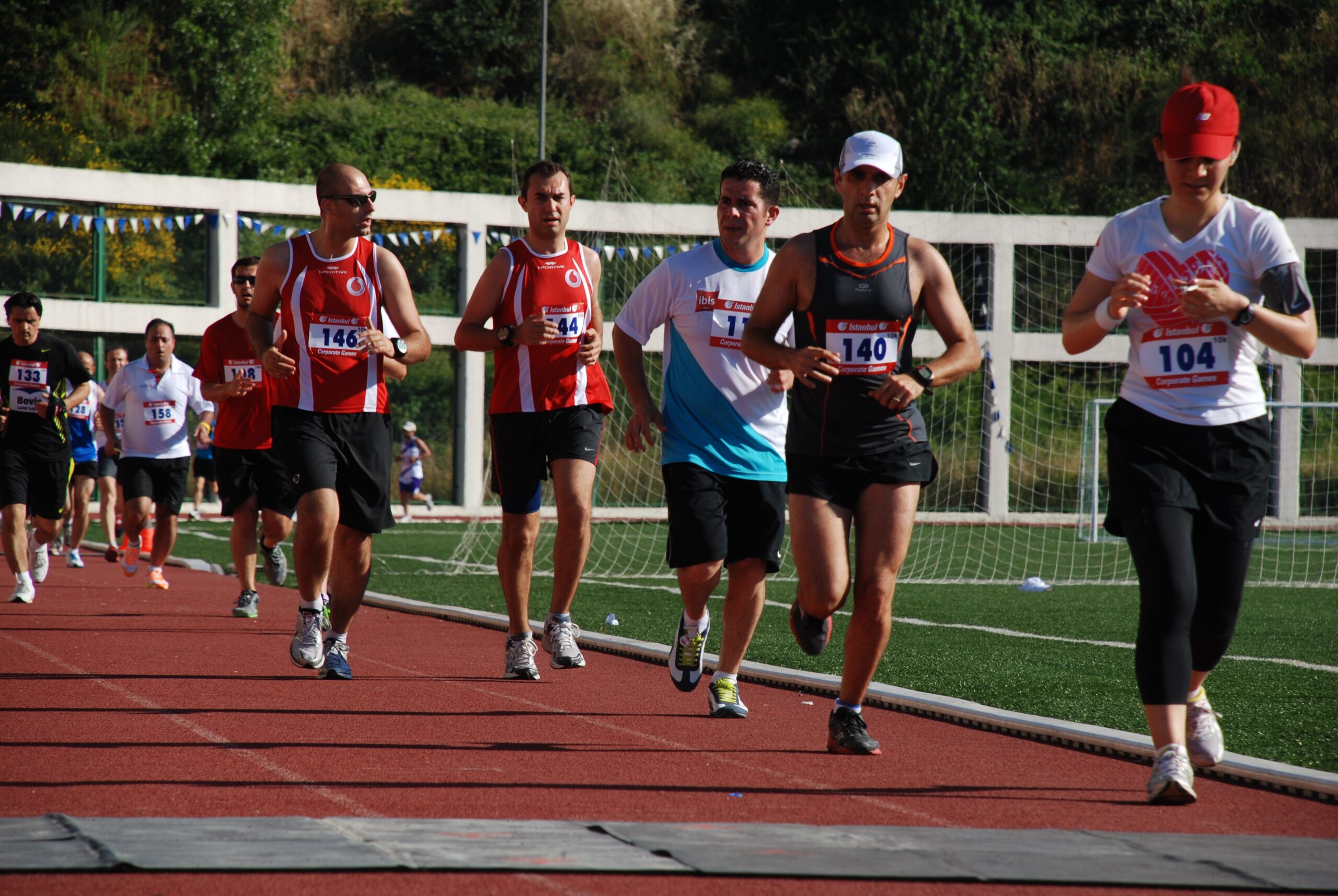 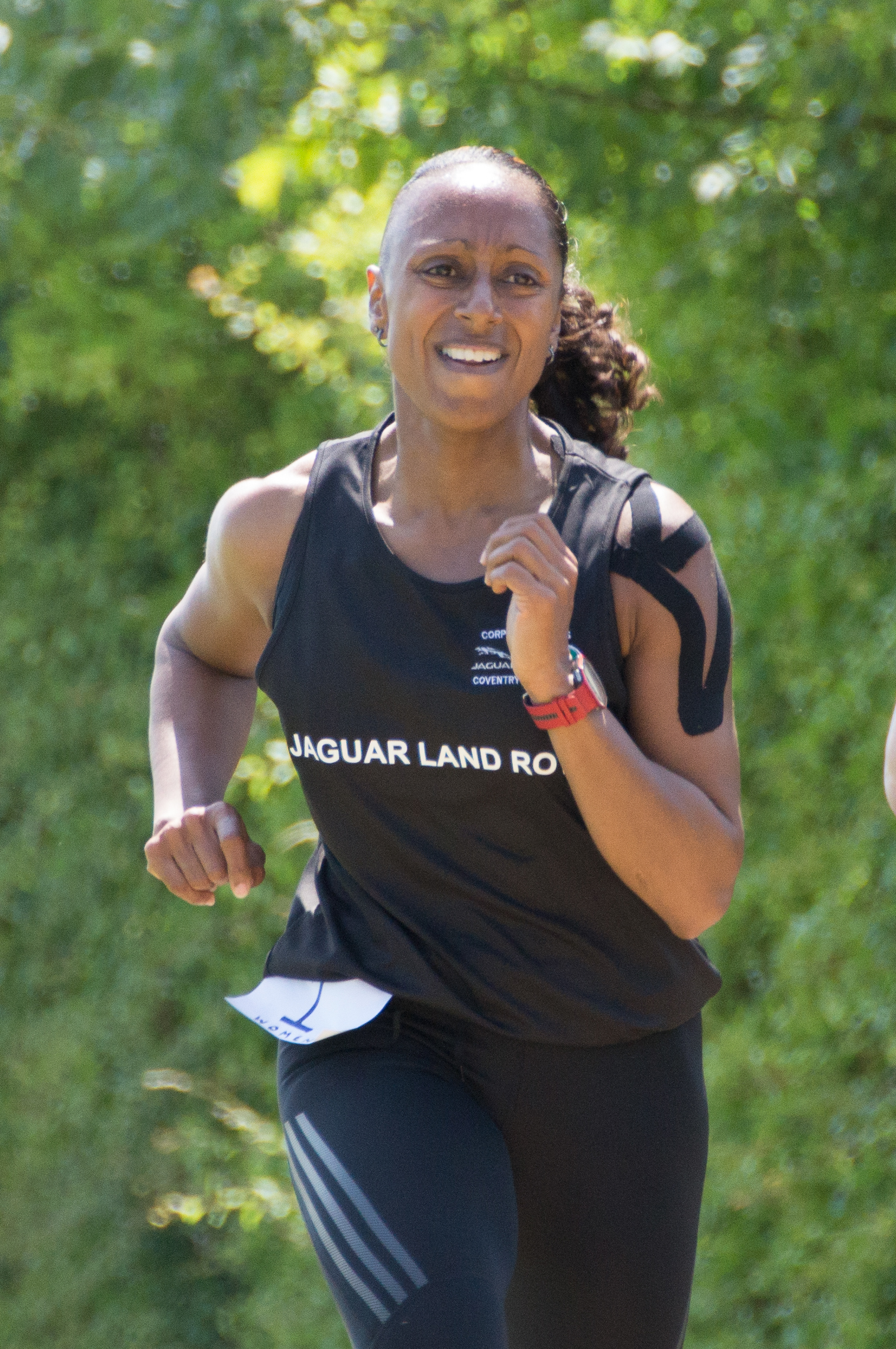 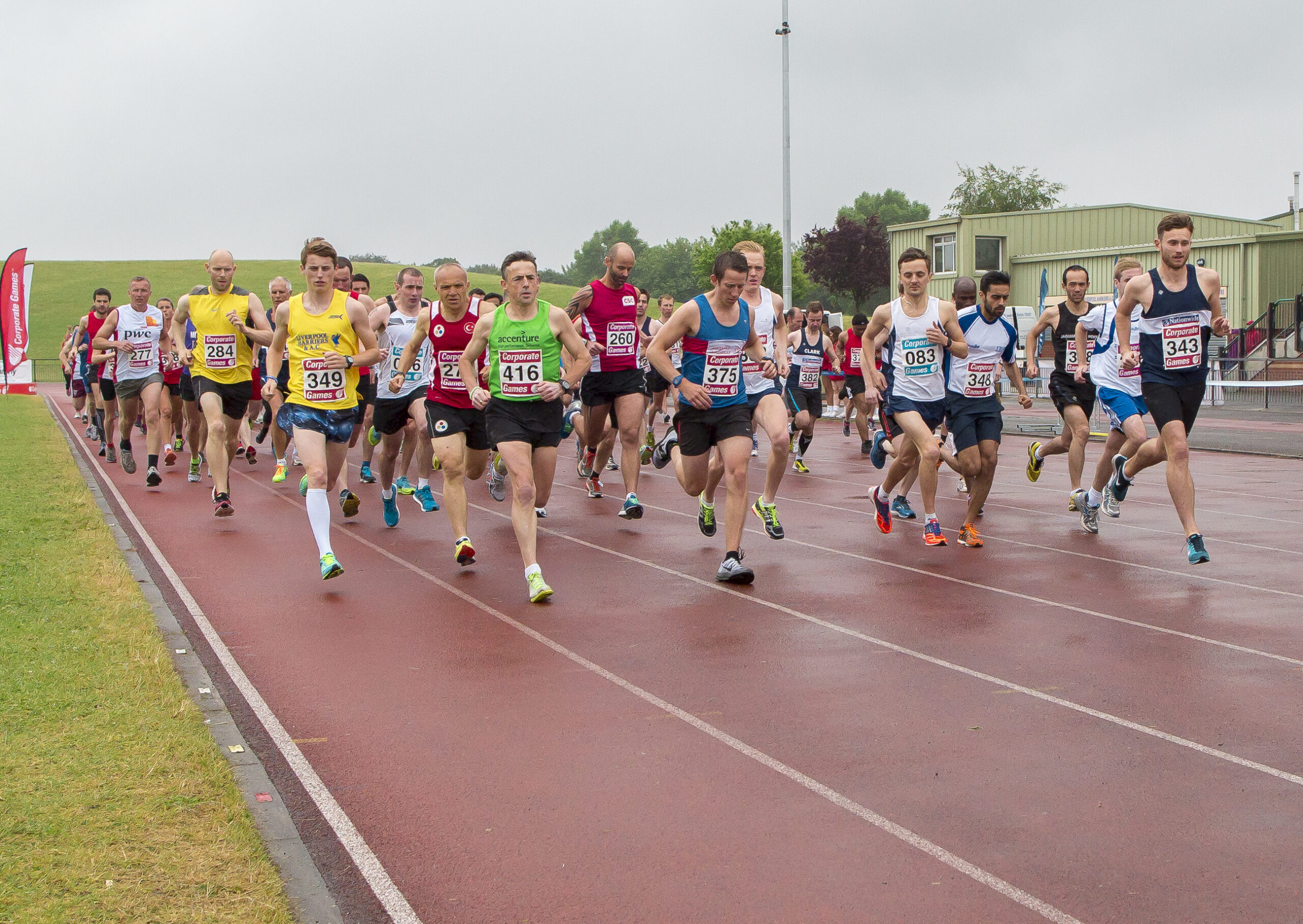 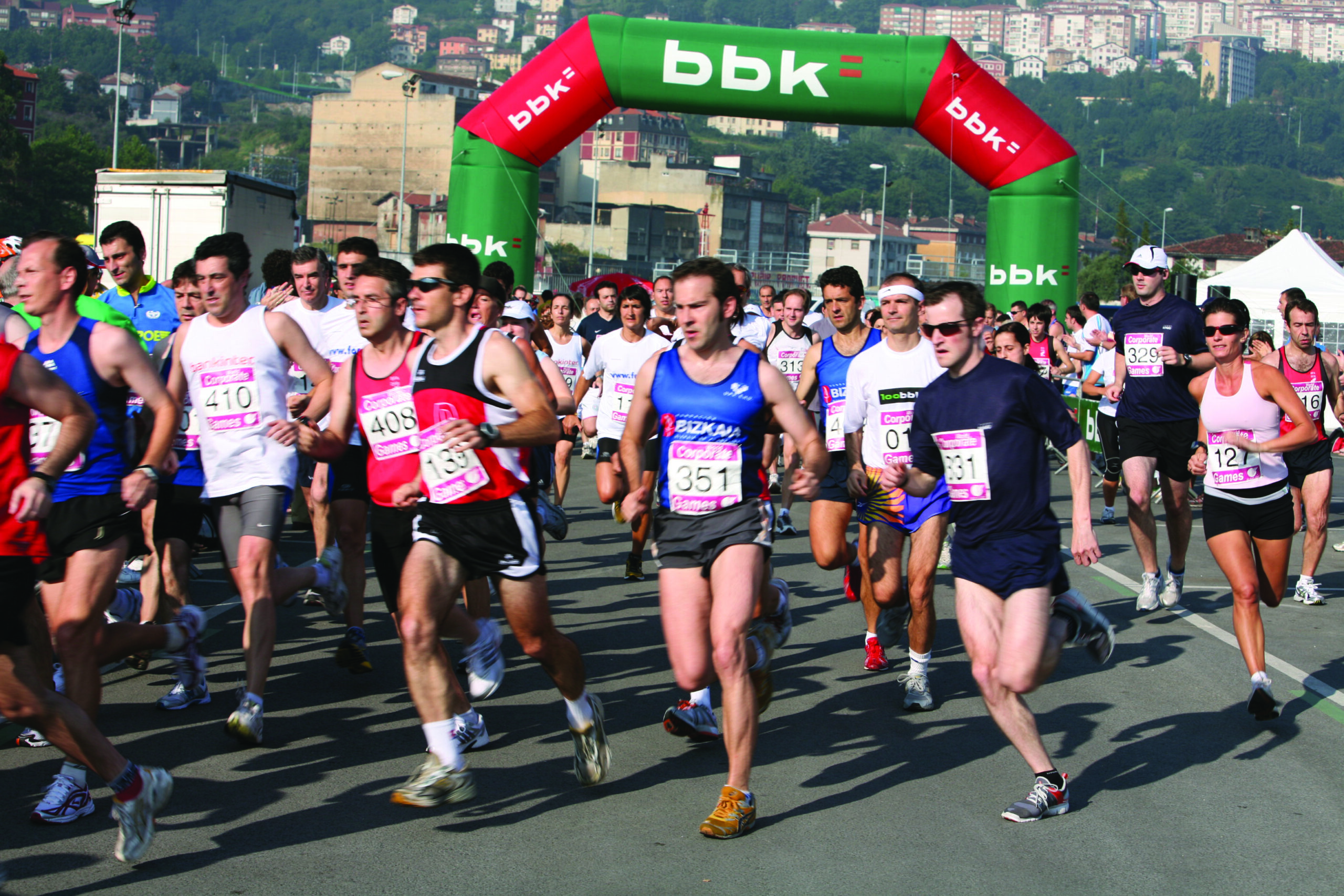 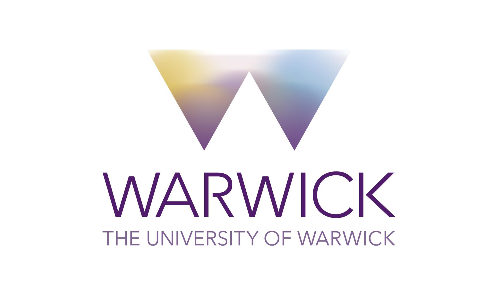 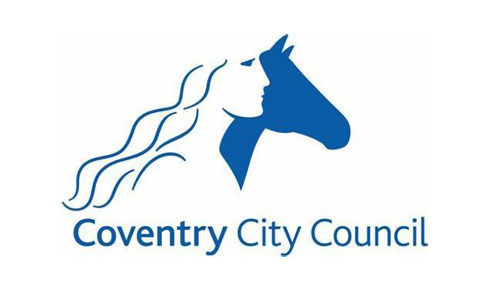 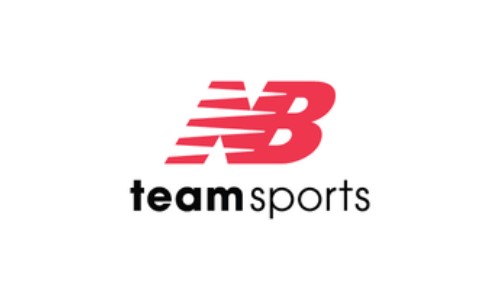 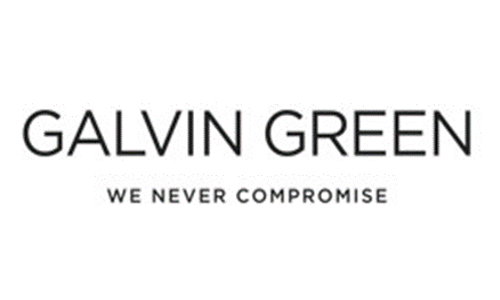 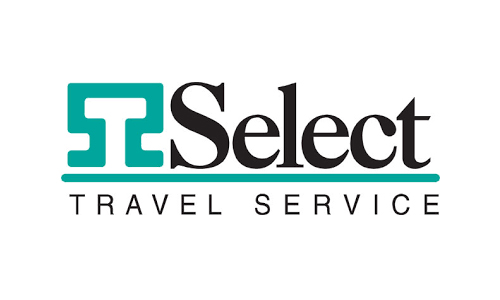 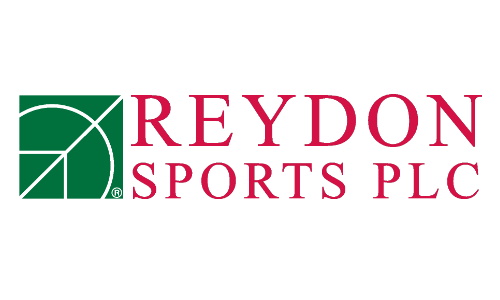 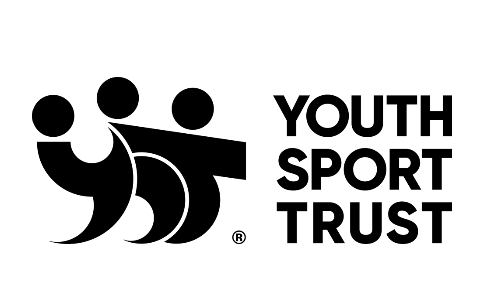 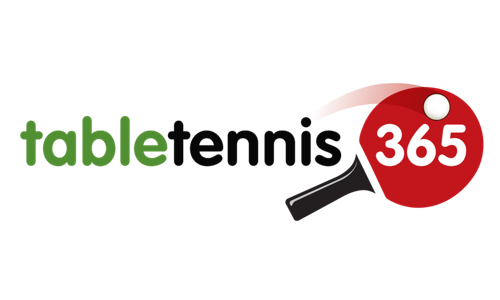 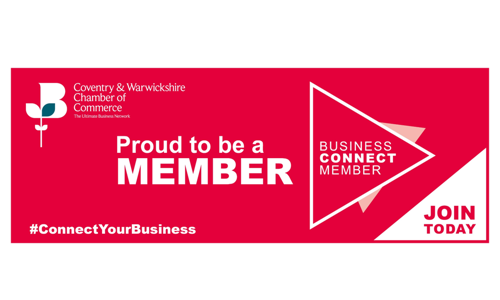 We use cookies on our website to give you the most relevant experience by remembering your preferences and repeat visits. By clicking “Accept All”, you consent to the use of ALL the cookies. However, you may visit "Cookie Settings" to provide a controlled consent.
Cookie SettingsAccept All
Manage consent

This website uses cookies to improve your experience while you navigate through the website. Out of these, the cookies that are categorized as necessary are stored on your browser as they are essential for the working of basic functionalities of the website. We also use third-party cookies that help us analyze and understand how you use this website. These cookies will be stored in your browser only with your consent. You also have the option to opt-out of these cookies. But opting out of some of these cookies may affect your browsing experience.
Necessary Always Enabled
Necessary cookies are absolutely essential for the website to function properly. These cookies ensure basic functionalities and security features of the website, anonymously.
Functional
Functional cookies help to perform certain functionalities like sharing the content of the website on social media platforms, collect feedbacks, and other third-party features.
Performance
Performance cookies are used to understand and analyze the key performance indexes of the website which helps in delivering a better user experience for the visitors.
Analytics
Analytical cookies are used to understand how visitors interact with the website. These cookies help provide information on metrics the number of visitors, bounce rate, traffic source, etc.
Advertisement
Advertisement cookies are used to provide visitors with relevant ads and marketing campaigns. These cookies track visitors across websites and collect information to provide customized ads.
Others
Other uncategorized cookies are those that are being analyzed and have not been classified into a category as yet.
SAVE & ACCEPT
Brochure Request Form
Get In Touch